Why the independent web matters 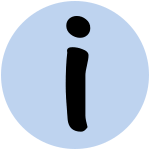 In recent years social networks and “easy to use” blogging platforms made it easy for non-technical people to publish on the web. Unlike some previous projects Facebook and Twitter made a huge public relations campaign to gain the reputation as being the best platform to reach an audience: free, easy to use and efficient. Activists see social media as an opportunity to directly communicate with large numbers multipliers circumventing traditional media, and it is.

But the largest social networks, Facebook and Twitter, are shifting their terms of service to better fit their business model: to attract paying advertisers and monetize.

The problem is that some non-profit advocacy organizations and some campaign activists are starting to believe that big corporation social media channels are enough to reach their audiences and are not investing enough in other channels.

Risks of the proprietary web

Censorship does not necessarily imply deleting content or blocking the creator accounts. Censorship can simply hide content from audiences. Deleting content and blocking accounts draws attention to the issues. Large sites can censor in a smarter and more subtle way: they control the information stream and they can make content harder to find.

Censorship may start because users flag content as inappropriate having it automatically removed / hidden.

Another problem is that many of this companies are based in the US and must comply with the DMCA. Campaigns risk their content to be put offline by fake copyright claims, without a court order.

Geocities was once the largest free hosting provider on the planet and has closed. Blip.tv was once one of the largest free video hosting sites and many people lost their videos when it stopped providing video hosting. Google shut down Google Reader, the most popular RSS reader at the time. Friendfeed was bought by Facebook and shut down a few years later.

The termination of services that can’t be migrated to a different provider is a real risk, specially in the long term. It does not matter if they are popular or not.

Some companies will simply change how they work, disregarding the interests of it’s users. Some may introduce a fee or discontinue a service or reduce it’s priority. A good example is Twitter who started with an open API and after it become popular it removed/limited some functionality. Recently Facebook is being accused of giving less exposure to links to videos hosted in Youtube than to videos uploaded directly in Facebook. Instagram does not allow users to upload photos from their computers or add links to the description of the photos.

Lack of control in what is advertised near your content

Generally you can’t select the ads that go near your profile and/or published content. For certain campaigns this can be a problem. If your campaign is against climate change, is it ethical to have ads from certain companies known to finance climate change deniers? If you campaign against genetic modified products is it OK to have ads that promote this products near your content?

How to remain independent

If you like long term benefits for your campaign and organization you should care about the independent web. If your campaign will annoy advertisers you can’t thrust networks that profit from advertising. If you are an author and you want your content to be online in a few decades you can’t rely on any service provider.

The most important principle to remain independent is diversification. Don’t really entirely on a single service provider or traffic source and always have a contingency plan to remain operative if this provider shuts down or becomes difficult to use.

Create a document with the most scary risks and impact they would have in your campaign or organization. Don’t convince yourself that this issues will never happen or that if they do you will be able to easily solve them by contacting the company and complain. Internet’s history has shown that great monopolies and technologies have fallen: Geocities, Live Journal, Tripod, Altavista, Yahoo Groups, Hi5, Myspace…

Finally write the solutions. In many cases the solution is to move on to another similar service, if possible. Write the alternatives and describe how will you migrate.

Don’t rely on any closed blogging platform, social media site or mail list to publish and keep an archive of your content that you can replicate elsewhere. If you have your text, photos and videos on Facebook, Youtube or Tumblr make sure you have a plan to restart elsewhere with minimal impact, if needed.

Don’t rely entirely on Google search engine or social media site to drive traffic to your websites. A healthy website has many traffic sources and none holds more than 45% of the traffic.

Having a backup copy of your data, in your own hard disk, is fundamental to be able to reestablish the service (when it’s possible) or access data if the service becomes impossible to use.

Domain names have been one of the most stable assets in the Internet: there’s policies and rules to transfer domain names to other companies and procedures to recover domain names if they are registered in your name. However they can be hacked, seised by malicious politicians with influence, blocked by court order…

Have your official emails in your own domain name (you@yourdomain.org). You can use them with different mail providers or even install your own mail server. Zoho provides 10 free email accounts and Google Apps is an excellent service.

If possible, the board should register the domain themselves and avoid them registered and managed by a freelance or agency. An agency/freelance can become the single point of failure and relations with freelances and agencies tend not to be too stable.

Have an independent site

A Facebook page is great to connect with your audiences but it does not replace an independent site running with your domain name.

With an independent site your organization/campaign will have control on the functionality and design that surrounds your content.

Because you can make backups and re-create sites with different companies and services, a site is a more reliable archive than a profile in a social network.

Have your site running on open source software

Although sometimes there’s a company behind, this is open-source software that anyone can use and adapt independently and without asking for permission.

Also make sure your site does not depend on complementary and proprietary plugins or services.

Now social networks have all the attention and email sounds like an outdated tool, but it’s not. Email is (still) the most important online fundraising tool.

If you use a mail list management service like Mailchimp or Sendinblue don’t forget to make regular backups of your email database. Most of this services import and export csv files. Switching companies is relatively easy.

Learn about the open web

Many small groups and authors are already writing articles about the open web. The web community is starting to debating it. Join the conversation in the Indie Web Camp.

Social Networks like Facebook and Twitter are tools and tools are important as elements in a balanced web strategy mix, but in the long term it’s dangerous to rely to much on them.

Digital activist, online producer and webmaster.
View all posts by Osvaldo →
This entry was posted in Articles and tagged Strategy. Bookmark the permalink.

5 Responses to "Why the independent web matters"