How an effective online strategy can help a campaign 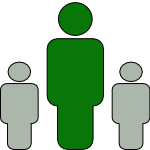 In 2012 the Internet is a powerful medium because the percentage of regular users is very high and, unlike radio and TV, it is interactive. The interactive nature of the Internet makes it the best medium to recruit and involve supporters to help wining the campaign.

Effective online strategies have goals and a plan for each of this areas:

Recruiting is the act of getting someone’s contact (e-mail/cellphone) and a signup as someone who agrees with the campaign/candidate. The purpose of recruiting is to stay in touch with people that supports the campaign and start them on the path to becoming donors and volunteers.

Effective online fundraising, targeting, mobilization and grassroots organizing depend on how many people a campaign can recruit and how motivated are them. Great online strategies recruit a good percentage of their audiences.

Great online strategies have a good return on investment in fundraising. Their revenue is much higher than the cost.

Fundraising is a very important purpose for most campaigns, because it provides resources necessary to achieve the other campaign goals. Like in offline, achieving significant results online is hard,  but the funds collected can buy time, tools and talent necessary to win.

Great online strategies build a base of repeat donors, keep them informed about the campaign progress and ask for their engagement trough donations and other mobilization tasks.

Great online campaigns connect with their relevant audiences by choosing the most adequate mediums and sending the right message to the right audience.

Targeting is also about good use of the campaigns time and money. Sending a message to “everybody” is expensive and time consuming, and most of the time, ineffective.

Targeting people you have recruited and that you can contact trough email depends on the data you have about that audience on your CRM (Customer Relationship Management program).

Effective online targeting to recruit or message people that you haven’t recruited yet depends on how good we are with online advertisement, social media messaging, relationships with online press and relevant blogs and other broadcast mediums.

Wining campaigns mobilize their supporters to do things on their behalf.

As most people create an opinion on something influenced by their friends opinion, it’s highly effective to have your supporters talk about the campaign to their friends online and offline. The rise of social networks brought another popular medium that supporters can use. But campaigns can still ask them to print and spread some posters or flyers, email politicians or engage in grassroots organizing.

Great campaigns publish messages that are appealing, inspiring and emotionally moving. They use storytelling to involve their audiences and cause an impression. Great content is content that leads to action, great content brings visitors back for more later and keep visitors on the website.

A great message is a message the audience can understand well, that can teach them something, that confirms their believes, that relates to people’s lives and that has few distractions from it’s purpose.

Effective online strategies use the internet to test messages and push for messages that are effective recruiting, mobilizing or in fundraising. Effective online messages are the work of great writers, photographers, videographers and designers/illustrators. Make sure you have them on your team.

All relevant causes/organizations have adversaries and at a certain point the campaign may be victim of attacks from them or from people close to them. Online anonymous trolls can also create rumors that spread fast.

A prepared campaign team is ready for online rapid response to minimize the damages. Broadcast power, the ability to listen and react and carefully crafted messages are key in rapid response mode.

Online ads on relevant keywords, youtube videos, blog posts social media and emails asking supporters for help are effective rapid response tools. Supporters can be asked to spread and promote videos with the campaign response to the attacks.

Any organization or campaign that works with volunteers, has a large staff or has staff and volunteers dispersed trough different cities / countries should excel at the use of online grassroots organizing tools. If used to meet very specific and valuable goals they can make on the ground teams very effective.

This tools can be divided in two major groups:

G1 – Mobile sites and mobile apps can be created and used to coordinate protests in real time. They can be used together with SMS tools like Frontline SMS to send and receive messages. Twitter and e-mail lists are also available in most smartphones and very easy to set up.

Most campaigns should not waste resources on building customized tools for grassroots organizing, as there’s many online services and open-source tools that do the job just fine. The available time should be spent on making sure people as using them properly and for the goals they were implemented.

A wining online strategy should try to be excellent in most, if not all this areas. But this excellency can only be achieved with skilled and motivated staff that works as a team, a clear and intelligent roadmap, enough time to implement it and… money. A properly funded and resourced online team is fundamental to the success of the campaign.

Digital activist, online producer and webmaster.
View all posts by Osvaldo →
This entry was posted in Articles and tagged Strategy. Bookmark the permalink.